In an announcement on its website Hong Kong-based LBank exchange, with more than $1 billion in daily trading volume, says it will shortly be listing the Lucky Block token, LBLOCK.

The news follows the lottery platform token listing first of the PancakeSwap decentralised exchange on 26 January. after a sellout presale that raised $5.7 million.

Lucky Block’s price has been rising all weekend in the expectation of a listing being incoming for a centralised exchange, and it now priced at $0.001990. For more on recent Lucky Block price history check out our page at the link.

Although it was initially thought that Lucky Block had bagged a listing on the Japan-based Liquid.com exchange, LBank is a much larger exchange with an even more significant profile in Asia and beyond, boasting 1.4 million unique weekly visitors, as well as a trading volume seven times the size of Liquid’s.

Top 10 exchange listings up next for Lucky Block (LBLOCK)?

Listings on Crypto.com and other top 10 exchanges are expected to be in the pipeline as the project targets a Binance listing.

Lucky Block has only been trading for 12 days and has already achieved a current market capitalisation of $190 million.

Lucky Block’s LBank listing is tied to a marketing campaign that will include a billboard in New York City’s world renowned Times Square.

Lotteries and gambling products are nothing new in crypto, but Lucky Block’s unique selling points include a novel transaction fee of 12% on sells to encourage long-term adoption and a dividend scheme that rewards all holders of the token. Lucky Block will also be donating 10% of jackpots to charity.

Every time tokens are sold 12% is paid by the seller in a transaction fee, a portion of which goes into the lottery pool.

In a post on Telegram, CEO Scott Ryder posted the wallet for the pool showing that it now tops $1 million. The first draw is not due to take place until 25 March, which means there’s plenty of time for the pool to grow much more. 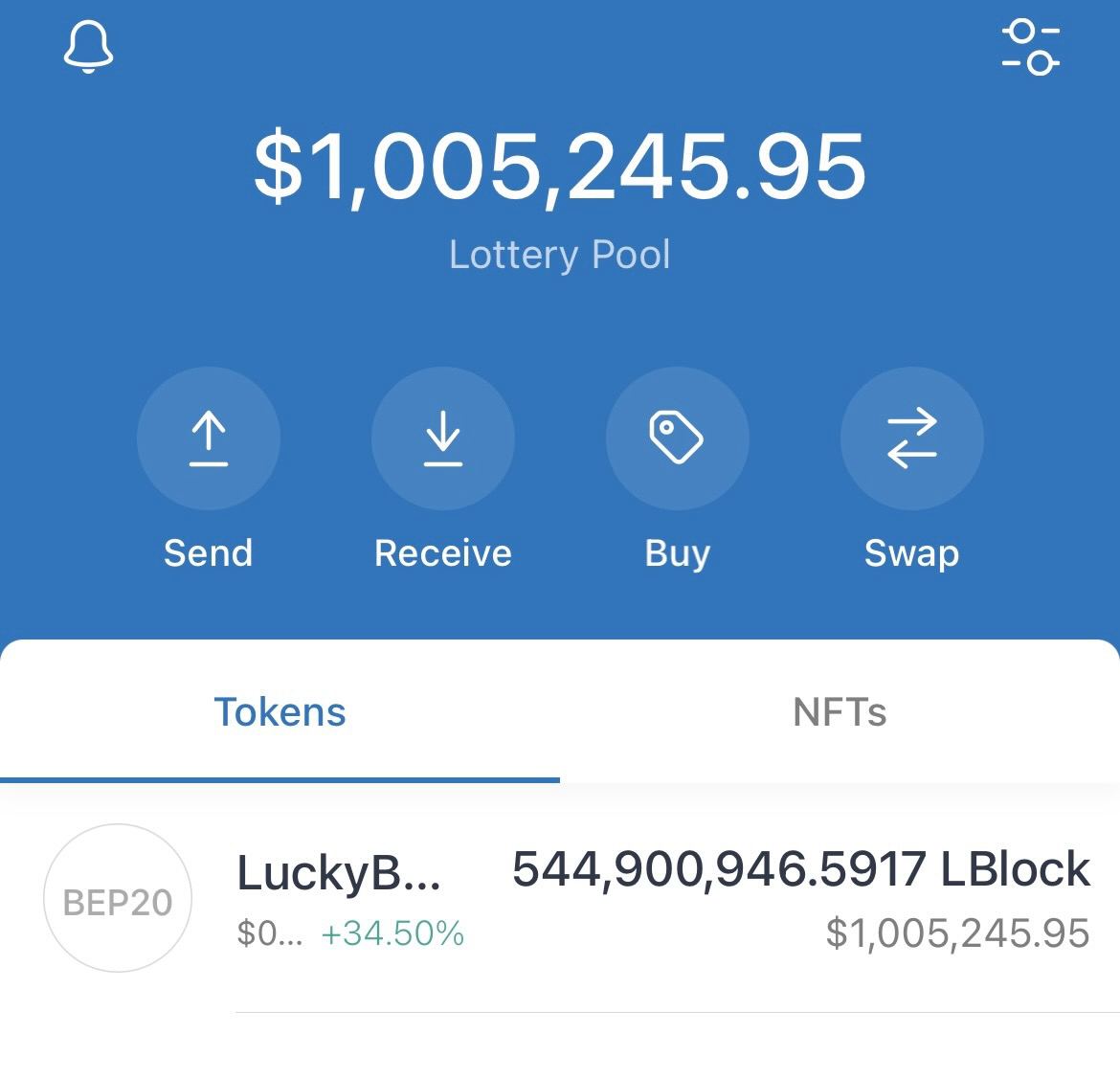 In an announcement posted on its official Telegram Group, the Lucky Block team wrote:

As part of our deal with LBank, we will be provided with significant exposure through the following marketing channels:

– Global Roadshow Promotion And the big one

We believe this is going to give Lucky Block huge exposure and be a springboard to achieving our next goal – $1billion market cap. We hope you’re all as excited as we are about this!

In other news, Coinbase, which has been quoting the LBLOCK price, has now decided to start charting the crypto asset as well, which could be taken as a vote of confidence in the project. 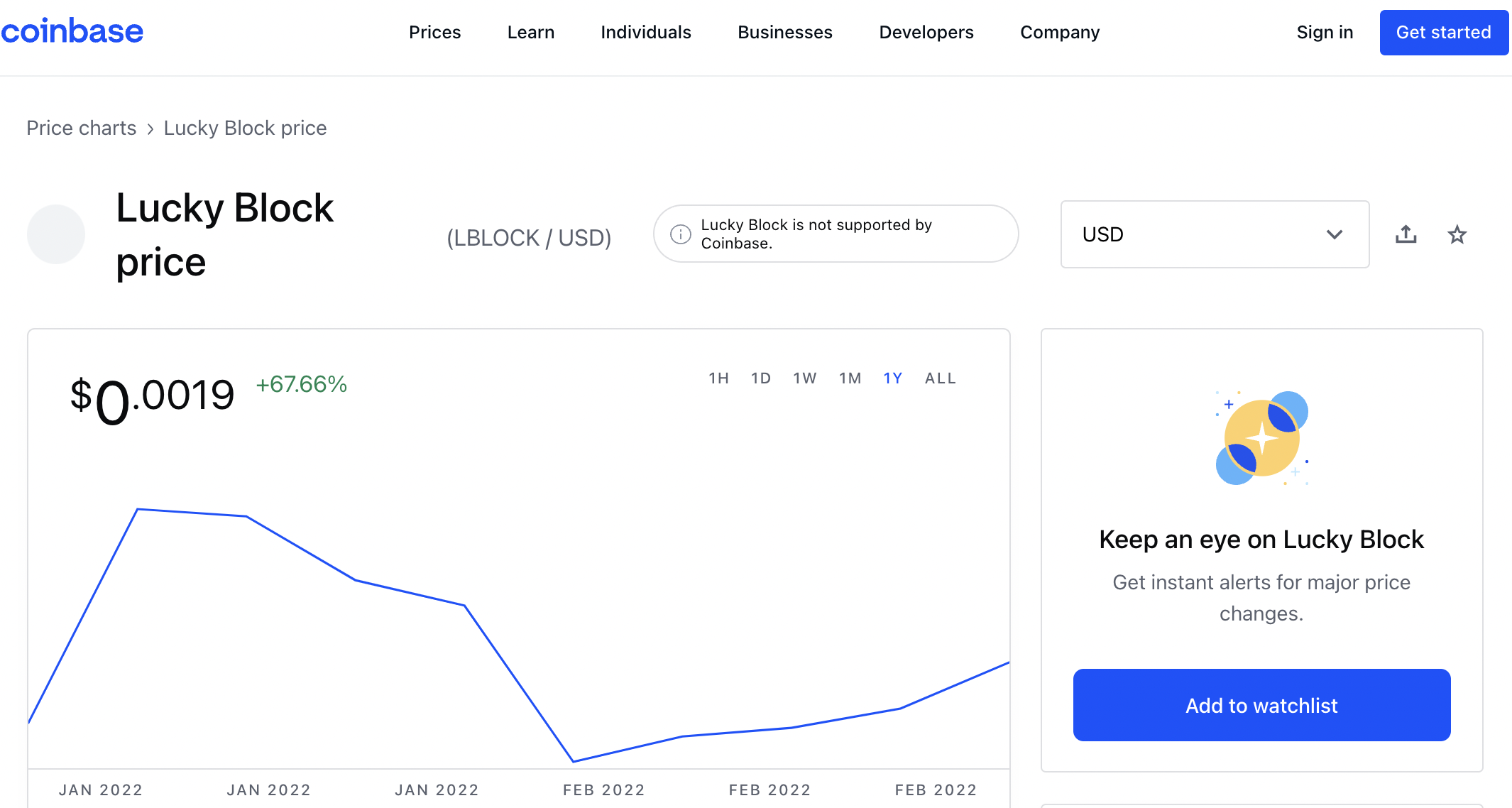 Lucky Block has also been picking up important news flow.

The coin featured on the website of the UK’s Daily Express newspaper, with the headline: “Jackpot! New cryptocurrency worldwide lottery format could ‘dwarf Euromillions’“. The story was trending 2nd in the ‘City and Business’ section of the website. 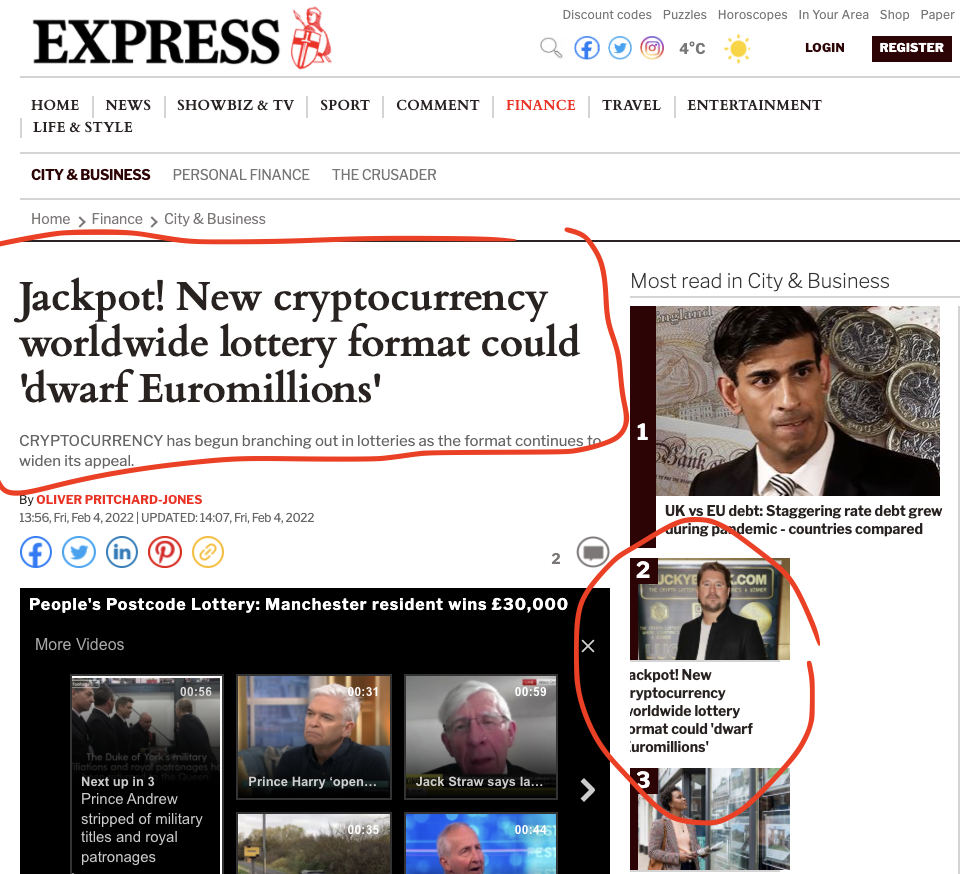 Insidebitcoins has recently gained access to storyboards showing the current state of app development. The Lucky Block app is set for release on 21 March.