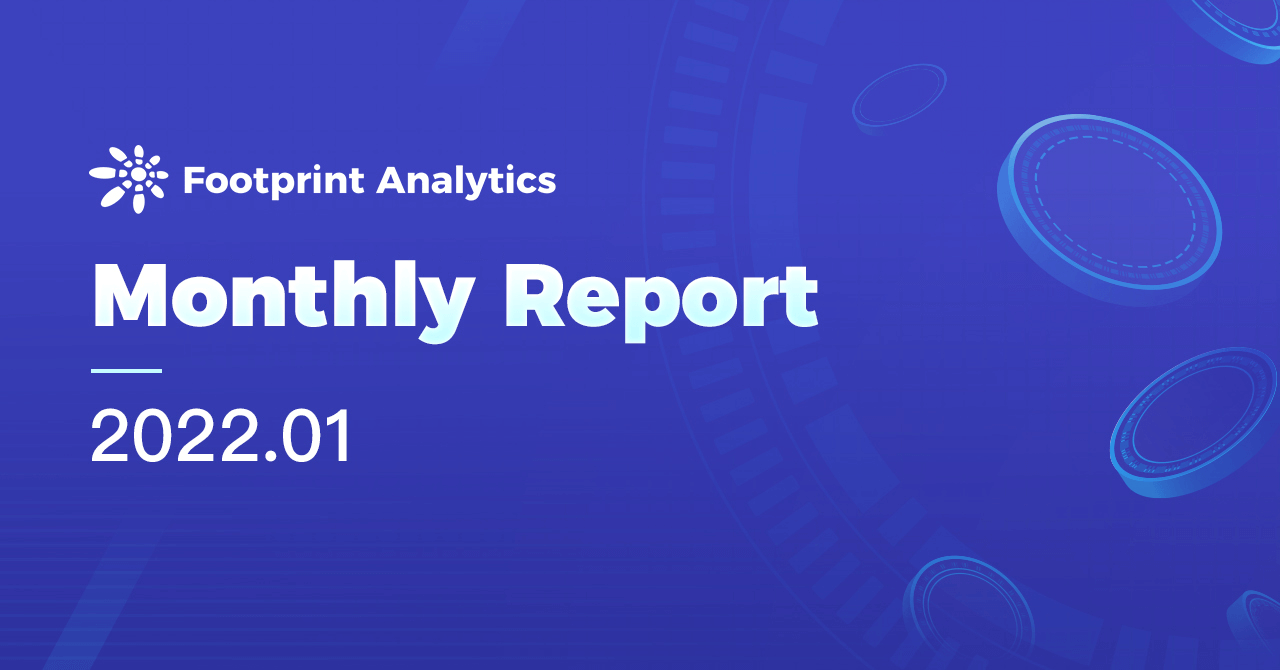 December’s crypto market slowdown became a full downturn in January. DeFi activity shrunk while the prices of BTC and ETH dropped. However, one asset grew faster than ever.

According to Footprint Analytics, DeFi‘s TVL failed to exceed $300 billion, instead dropping to $204.79 billion, a 22% decline MoM.  BTC and ETH crashed again, while NFT market volume soared to a new high in January, up 239%.

The crash was mainly influenced by policy announcements from various countries. Examples include the Federal Reserve’s tightening of monetary policy, the Bank of Russia’s proposal to ban the use of cryptocurrencies, Pakistan’s ban on cryptocurrency, and other countries’ strict regulation of BTC, from mining and trading to online marketing.

As BTC and ETH prices fell, it drove top lending protocols such as AAVE, Compound, and MakerDAO to trigger massive liquidations around Jan. 7 and 21, with $425 million liquidated.

Due to the overall decline in the cryptocurrency market, TVLs fell 22% in January from $264.22 billion to $204.79 billion MoM. Data from Footprint Analytics shows, the TVL of bridge projects increased by 30% , which did not contribute much to the overall DeFi TVL  increase due to its small percentage.

Blockchains are competitive and each has its own way to capture the market. In January, Terra’s TVL had overtaken BSC several times as the 2nd place. But at the end of the month, BSC overtook it to regain second place.

Curve is Still Far Ahead

Curve is the number one DeFi platform by TVL and focuses on trading stablecoins. The drop in BTC price has driven other cryptocurrencies like ETH down, but has had relatively little impact on the prices of stablecoins like USDT and USDC.

The top 5 positions continue to be held by popular projects such as Maker DAO, AAVE and Convex Finance.

With token prices falling due to the regulatory environment, speculative capital flowed into the NFT market for collectibles, games and art. This led to unprecedented activity in the NFT space, with trading volume reaching a new high of $8.52 billion.

According to Footprint Analytics, Meebits saw a spike in transactions between Jan. 11 and 21, with volume reaching $200 million to $350 million. Meebits is a 3D virtual world game by Larva Labs, the development team of Cryptopunks. The second most traded NFT project was Terraforms, and the third was Loot.

The number of investments in January was down 55% MoM and the amount invested was down 38%.  In terms of investment sectors, the DeFi sector had the lowest decrease compared to December, while the NFT and Web3 sectors had the highest decreases, 66% and 70%.

However, the decline in ETH prices has contributed to NFT trading, prompting speculative capital to flow into the NFT markets for collectibles, art and gaming.

What is Footprint Analytics?

Footprint Analytics is an all-in-one analysis platform to visualize blockchain data and discover insights. It cleans and integrates on-chain data so users of any experience level can quickly start researching tokens, projects and protocols. With over a thousand dashboard templates plus a drag-and-drop interface, anyone can build their own customized charts in minutes. Uncover blockchain data and invest smarter with Footprint.