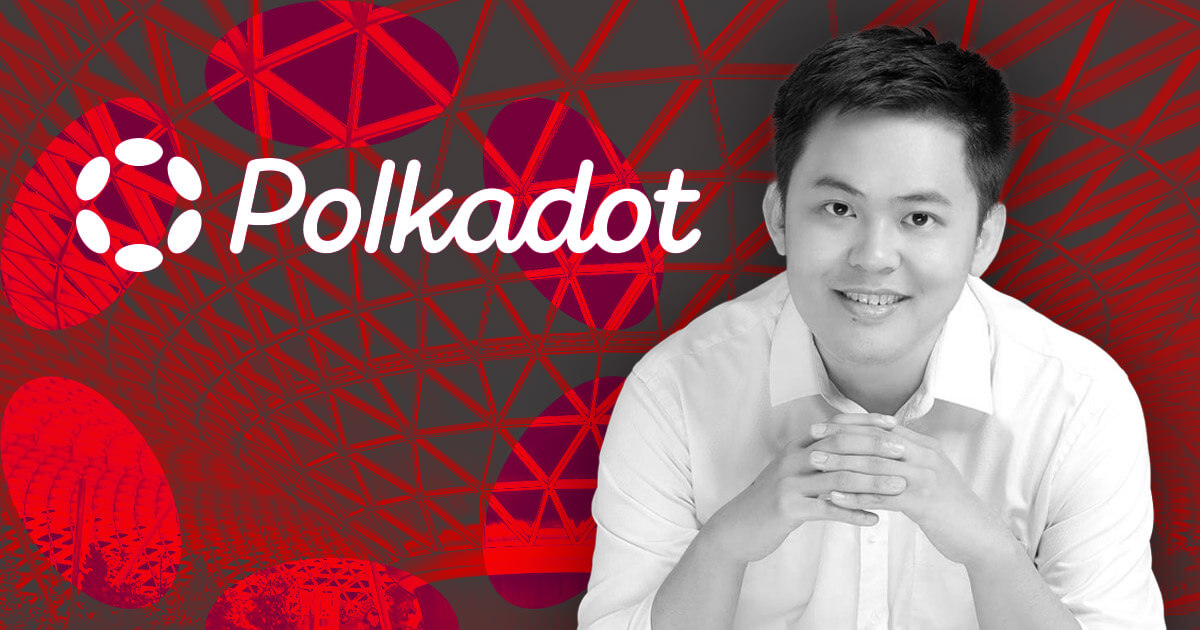 True benefits of Polkadot’s Parachain concept are about to be revealed, taunts DFG Founder James Wo

Home » True benefits of Polkadot’s Parachain concept are about to be revealed, taunts DFG Founder James Wo

CryptoSlate caught up with James Wo, the Founder and CEO of Digital Finance Group (DFG), to talk about interesting developments that are about to unravel in the budding ecosystem between the two sister blockchains–Polkadot and Kusama.

DFG focuses on blockchain equity and token investment, with a portfolio that ranges from Layer 1, Layer 2, Web3, CeFi, DeFi, NFTs, and beyond.

Last year DFG allocated 80% into Dotsama, but what is on Wo’s radar this year?

Continue reading to find out which market sector James is particularly bullish about and what he had to say about Polkadot’s competitors.

The Polkadot ecosystem arrives “at an important inflexion point”

With already 24 parachain auctions in the bag, Kusama is ahead of Polkadot, which is yet to fill its first 10 slots.

Expecting to see 30 to 40 Polkadot parachains launch in the course of this year, James predicts exciting developments, with the ecosystem arriving “at an important inflexion point.”

Among many factors that will come into play, James addressed the main three.

“First, we’ve seen evidence that as parachain auctions advance and more slots are won, the cost for each slot in Kusama and Polkadot decrease at a rapid rate,” noted James, explaining this will provide projects from alternate ecosystems the opportunity to integrate into Kusama or Polkadot–consequently making the sister chains’ ecosystem a more varied one.

“Second, with the top-tier Kusama and Polkadot (Karura – Acala, Moonriver – Moonbeam, Shiden – Astar) projects running successfully on each of their respective chains, we should begin to see evidence of collaboration and interaction among them,” he added, pointing out that true benefits of the parachain concept are yet to unravel.

“Third, within each of these projects lies an ecosystem ready to blossom, which in turn will show the benefits of each individual project and the advantages it has compared to competitors in or out of the Kusama/Polkadot community,” concluded James.

2022 will be an interesting year for comparing the developments between different cross-chain ecosystems–such as EVM and IBC.

“Nevertheless, there are aspects that still need to be improved,” said James, referencing Vitalik Buterin, who recently brought to light some of the major downsides of highly efficient cross-chain solutions–such as the user-friendly Cosmos IBC.

While arguing why cross-chain bridges will not be a part of the multi-chain future, Buterin broke down how a hypothetical 51% attack on a single chain could create a domino effect that would spread into multiple ecosystems.

“As an alternative, Polkadot brings a definitive solution early on and develops the ecosystem around to support it,” argued James, adding that “even though all blockchains running on parachains will be allowed to work on a different consensus, this will add complexity in the short term but enable more diversity within the ecosystem which results in better long-term results.”

Bullish on the Metaverse

Overall, James believes that the biggest growth potential this year will be concentrated around the Metaverse sector.

“The Metaverse is set to be among the biggest growers within Kusama/Polkadot, just as in other protocols. Among the biggest actors in this sector are the well-known team from Enjin and their Polkadot-native project Efinity and Bit.Country with their one-of-a-kind metaverse,” he pointed out.

He predicts similar development for the gaming sector within Kusama/Polkadot–expecting to see great growth in Kanaria and RMRK, Efinity, amongst other projects.

“Finally, I expect crypto-native community-driven projects such as the ones currently being developed on Kusama and Moonbeam to expand their use case scenarios and product offerings to attract a larger number of potential investors and users,” said James, noting examples that stand out–RomeDAO with their stablecoin focus, and Moonbeans as an NFT marketplace built on Moonbeam.

All this said, James added that DFG remains “definitely optimistic on the future DeFi has within the Kusama/Polkadot ecosystems.”

DeFi projects are already strongly represented in Dotsama and Wo sees the likes of Acala, Bifrost, Composable Finance, Equilibrium, Interlay, HydraDX, Minterest  “to grow exponentially and continue to expand on the number of products and services being offered to users.”

Throughout this year, the fund will continue leveraging support for interesting and quality projects that show the potential to contribute to the emerging ecosystem–on the lookout for both mature projects interested in migrating to Polkadot, as well as those starting from scratch and building with Substrate.

The fund already contributed more than three million DOT in the Polkadot Crowdloan, and will continue to heavily support their projects of choice–helping them secure their parachain slots.

Finally, the fund will remain committed to promoting the Polkadot ecosystem–focusing on raising awareness and furthering mainstream adoption.