Opinion: Why Are People Trying to Politicize Web3? 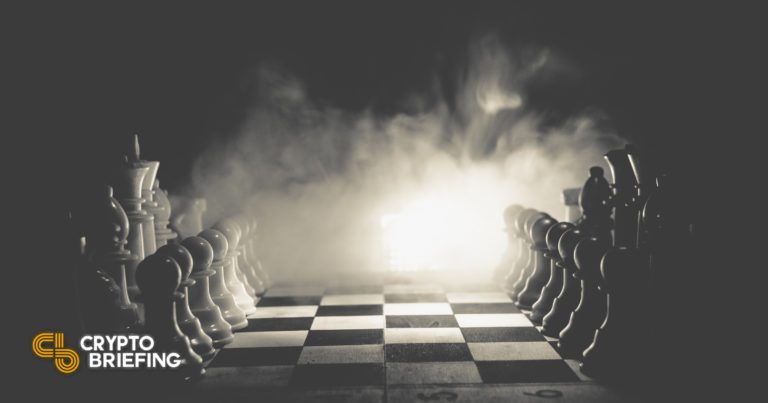 Regardless of our political leanings, we were all drawn to crypto for similar reasons. Even if we all agree with crypto’s founding principles of decentralization, anonymity, and trustlessness, we may have different visions of what they mean.

Web3 and the Pursuit of Fairness

From my time reporting on DAOs, investigating DeFi protocols, and hanging out in Web3, it seems clear that crypto’s founding principles are what drew most people into the space.

The idea of a trustless monetary system, as Satoshi Nakamoto laid out in the Bitcoin Whitepaper, is still at the core of everything built using smart contracts and blockchains today. Whoever they were, Satoshi envisioned a world where arbitrary third parties and financial mediators can no longer dictate what you can do with your money or who you can send it to.

Through decentralized systems, every user stands to gain absolute control and ownership over their assets, regardless of where they were born, the color of their skin, the gender they identify with, or any other held beliefs or immutable characteristics. The goal is an open financial system where the most talented people can be recognized for their abilities.

However, as we’ve seen over the past couple of weeks, not everyone in Web3 agrees on the best way to uphold Satoshi’s vision. Discussion surrounding Brantly Millegan and his controversial firing from Ethereum Name Service has highlighted a politically driven fissure in the space.

It appears to me that people on both sides of the political aisle have good intentions but fierce opinions on the subject. The left-leaning argument asserts that someone known to hold potentially hurtful views should not hold a position of power in an organization. If they do, that person could harm the meritocracy of the organization, as the individual’s bias could result in discrimination against users or members with certain characteristics or create an uncomfortable environment for them.

On the other hand, the right-leaning view is that organizations should be, to an extent, morally agnostic. Organizations should let competence dictate hierarchy and ensure freedom of expression as long as nobody is being directly targeted or hurt.

The problem is that both of these ideologies seek to apply blanket rules to simplify the world. It’s completely understandable why this happens; the world is difficult to understand and full of gray areas. It’s also worth noting that this phenomenon isn’t unique to crypto. However, if we react emotionally and don’t treat things on a case-by-case basis, we end up with major problems.

In the case of Millegan’s firing, the virtuous intentions of left-leaning individuals have been totally eclipsed by “cancel culture.” Although ENS lead developer Nick Johnson stated that he’d “never seen Brantly treat anyone as different or lesser because of who they are,” and there were no known reports of Millegan discriminating against gay or transgender individuals, it was decided that holding negative views toward these groups was enough to warrant his dismissal.

Don’t get me wrong—I don’t agree with Millegan’s views, and there’s no doubt that he could have handled the situation more tactfully. But he’s been holding these views for years, and, as far as we know, nobody was discriminated against or felt unsafe until the issue blew up and was forced in their faces. Regardless of his private views, Millegan was by all accounts a valuable asset to Ethereum Name Service.

“By trying to control who is or isn’t deemed fit to be a part of this space, you’re dismantling one of the key characteristics that drew so many people to crypto in the first place.”

There’s even been some speculation that a small group of individuals brought Millegan’s controversial views to public attention as part of an elaborate power game to gain influence in the Ethereum Name Service DAO. Jackson Dame, an outspoken community manager at Rainbow wallet, was one of several figures calling on token holders to transfer voting delegation away from Millegan in the wake of the controversy. Joined by several ENS contributors including alisha.eth and m1guelpf.eth, the cohort stood to gain power and influence in the DAO by ousting Millegan and convincing token holders to transfer voting power to them under the pretences of “elevating people who represent the things we stand for” and demonstrating that “ENS is more than the opinions of one person.”

To me, it seems painfully obvious that ENS doesn’t share Millegan’s opinions, so it raises a red flag that other contributors used his views as an argument to convince token holders to delegate to them. ENS is a decentralized autonomous organization, not an absolute hierarchy from which Millegan and his problematic views need to be removed. It looks like the mob came for Millegan not only because they disagreed with his views and didn’t like the idea of sharing the crypto space with him, but also in order to gain more control over ENS and impose their own politics there. To those people, I say this: by trying to control who is or isn’t deemed fit to be a part of this space, you’re dismantling one of the key characteristics that drew so many people to crypto in the first place.

Additionally, if you argue that someone holding Millegan’s views is harmful and impacts fairness, then provide some hard evidence of them doing that. I’ll gladly join you in condemning anyone actively discriminating against someone for their sexuality or gender identity, but coming for Millegan just because he holds these “Old Testament” opinions sets a dangerous precedent in my eyes. Otherwise, you can always start cultivating a norm of not sharing religious and political views in Web3.

Some will argue that I’m going a step too far here. But I believe that making political beliefs an integral part of your identity in Web3 is antithetical to its founding principles. The blockchain doesn’t care about your gender. A smart contract written by a Muslim is no different from one written by an atheist. Being gay won’t stop you from accessing DeFi. The same goes for NFTs and DAOs.

Web3 offers us the chance to leave behind aspects of our lives that are mostly influenced by genetics and upbringing. In the Metaverse, you can identify as whatever you like: a hazmat suit-wearing cat, a panda that refers to themselves exclusively in the third person, or even a depressed penguin-platypus hybrid—the choice is yours.

Instead of caving to a small crowd of noisy ideologues, take a step back and let the initial commotion die down. We’re never going to agree on everything; you should be extremely skeptical of anyone who believes we should. But suppose we can agree that people’s actions, work, and how they treat others are the most important things to judge them by. In that case, we will hopefully be able to look past each others’ previous mistakes or objectionable opinions when they inevitably surface. Instead, we can work toward a future where people of all different beliefs and backgrounds can come together under the unifying idea of Web3.

Disclosure: At the time of writing, the author of this feature owned ETH and several other cryptocurrencies.

Brantly Millegan has been ousted from all leadership roles at Ethereum Name Service, a decentralized domain service protocol for Ethereum addresses, over a 2016 tweet in which he shared his…

Chainlink Is Building a Token Infrastructure for SWIFT 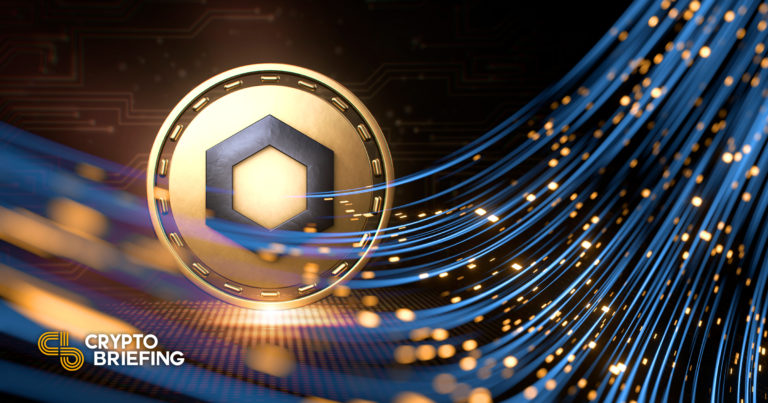 Chainlink Is Building a Token Infrastructure for SWIFT

Key Takeaways Chainlink and SWIFT are working on a proof-of-concept that will help SWIFT messages instruct token transfers. This innovation... 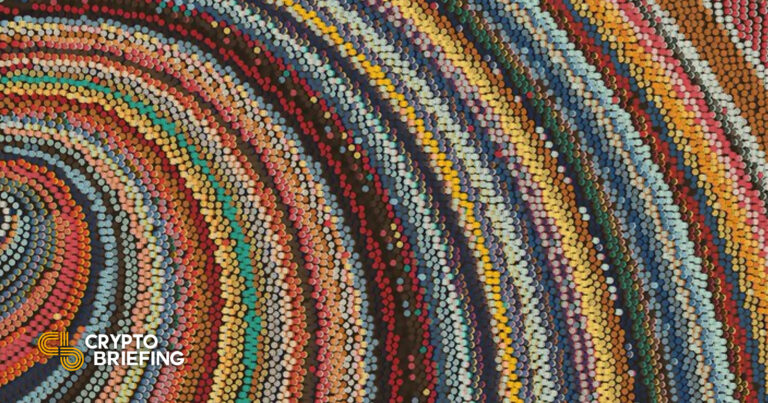 Key Takeaways Artists Tyler Hobbs and Dandelion Wist have breathed new life into the NFT market. Mint passes for their... 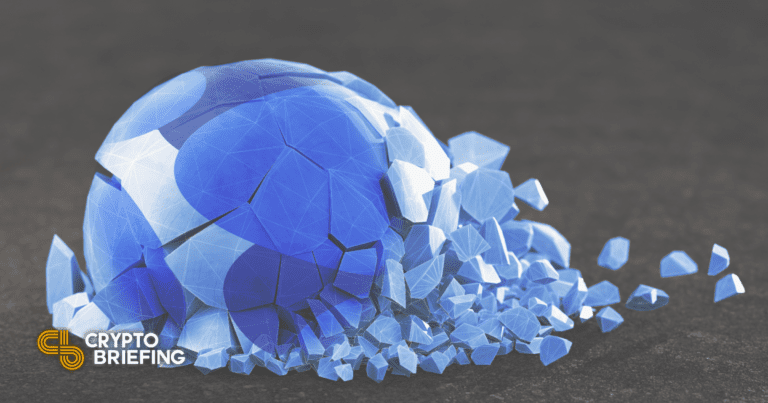 Key Takeaways Terra Classic, which only exists as the failed remnant of a once-vibrant ecosystem, has somehow enjoyed some support... 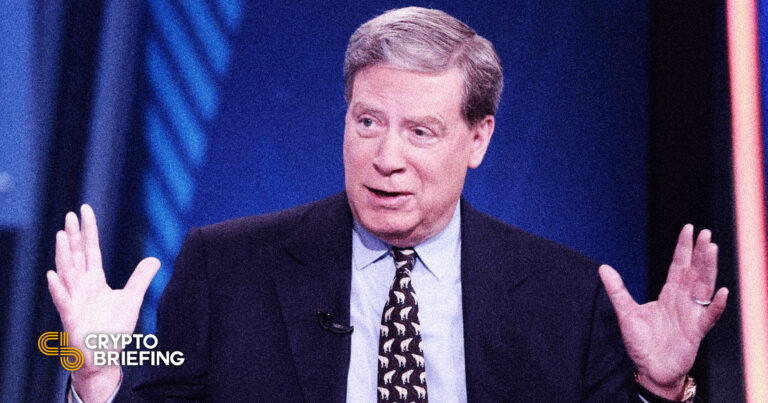 Crypto Could Enjoy “Renaissance” as Trust in Banks Fades: Druckenmiller

Key Takeaways Legendary investor Stanley Druckenmiller has hinted at a "renaissance" for the crypto space if public trust fades in... 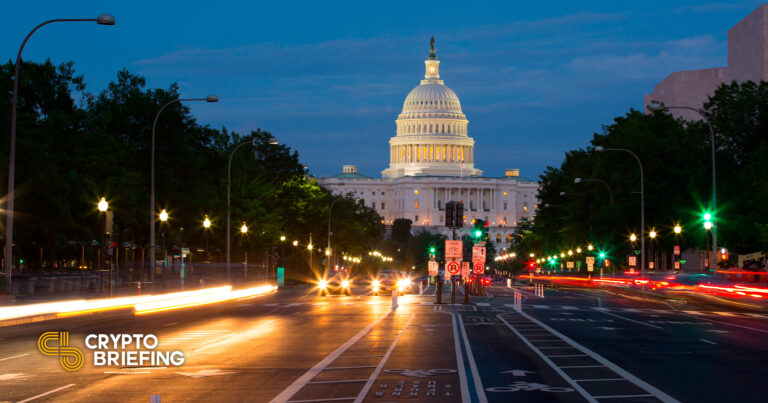 The U.S. Has Declared War on Crypto. Here’s How We Fight Back

The U.S. government has taken a series of escalating actions over the last year to regulate the crypto industry, but...

Solana Price Reverses Its Green Start, What’s The Next Target?