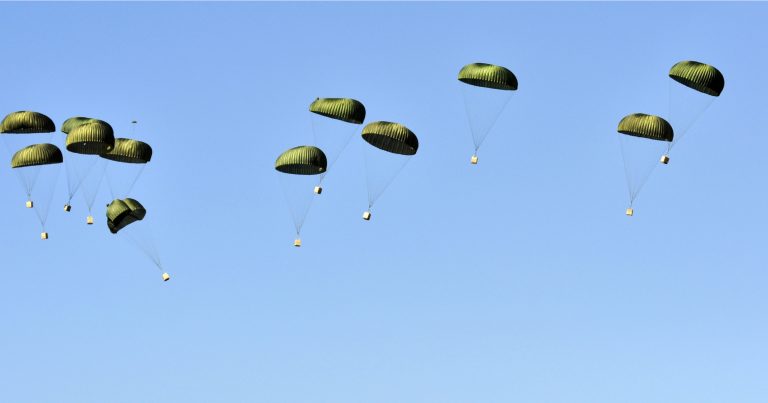 Beginner’s Guide: How to Become Eligible for Token Airdrops

Crypto Briefing shares a list of tips and tricks for airdrop seekers.

Over the last few years, airdrops or free token giveaways have become a common occurrence across the cryptocurrency ecosystem.

Put simply, an airdrop involves distributing crypto tokens for free to early adopters of a decentralized application, blockchain service, or other cryptocurrency user. Airdropped tokens are typically used for protocol governance and for utilities within an application.

Many crypto and DeFi projects have allocated governance tokens worth thousands of dollars to individual community members, highlighting the lucrative opportunity that comes from being early to projects.

Airdrops also work as an effective marketing tool for protocols to pull in new users. The anticipation of free airdrops has prompted an increase in activity on protocols that don’t have their own tokens.

For many crypto enthusiasts, airdrops are a way to receive thousands of dollars worth of tokens with a low upfront investment. The phenomenon has caused lots of noise and excitement among crypto users looking to become qualified to claim lucrative giveaways.

This article focuses on some of the best strategies to become eligible for airdrops.

One way to increase the odds of receiving free tokens is to scout for potential airdrops. Users can begin by finding notable projects that do not have a token but may create in the future. Often, projects leave hints that suggest that they may drop a token in the future. Projects frequently allocate 5 to 10% of their token supply to early users during token generation events.

Some of the key projects rumored to be preparing for airdrops in 2022 include NFT marketplaces like OpenSea and Foundation, the Ethereum Layer 2 projects Arbitrum, Optimism, and StarkWare, DeFi protocols like Set Protocol, Opyn, and Shell Protocol, and large cross-chain bridges like Hop Protocol.

In addition to scouting for projects, one effective strategy to increase the chances of receiving an airdrop reward is to actively use projects on blockchains like Ethereum, Solana, Fantom, Avalanche, and Cosmos.

Users can consider experimenting with tokenless applications across niches like DeFi, NFTs, and GameFi. For example, if a promising lending protocol emerges on Ethereum, adding tokens to its liquidity pools may lead to an airdrop in the future.

While many of the biggest airdrops to date have happened on Ethereum, getting immersed in other ecosystems and experimenting with the technology as much as possible should only increase the chances of a future payout.

While being an early user of new protocols is the first step toward receiving potential airdrops, making only one or two transactions may not be enough to qualify.

The airdrop space has evolved dramatically over the past few years. While thousands of users received lucrative airdrops from projects like Uniswap, Ethereum Name Service, and dYdX after making just one or two Ethereum transactions, airdrop eligibility criteria has become stricter across the board (that’s partly thanks to cases like last year’s Divergence Ventures saga, in which the VC fund farmed $2.5 million in tokens from Ribbon Finance after investing in the project).

In recent months, many projects have used strict eligibility requirements. ParaSwap’s November 2021 airdrop was restricted to users who had made at least five swaps, and mostly went to users who had used the application on more than one blockchain. Last week, CowSwap, another decentralized exchange aggregator on Ethereum, announced that its airdrop would be for traders who had transacted a minimum volume of $1,000 across at least three trades.

Due to the strict eligibility criteria some protocols require, users may opt for becoming more active with projects with every wallet they use to increase their chances of receiving a token payout.

Go to Ethereum for High-Value Airdrops

Of all the Layer 1 blockchains with active DeFi and NFT ecosystems, Ethereum has historically been the best network for the most lucrative airdrops by some distance. Uniswap, 1inch, dYdX, Ethereum Name Service, Paraswap, and other projects all distributed at least $1,000 worth of tokens per user when they airdropped their tokens on the network, and in some cases the rewards were much higher (those who held onto their tokens were often rewarded with higher returns too). To date, such lucrative airdrops have been more difficult to come by on alternative Layer 1 blockchains like Solana, Avalanche, Fantom, and Polygon, where transaction fees are considerably less than Ethereum.

Teams on Layer 1 networks with affordable transaction fees often opt for liquidity mining programs to avoid airdrop farming scenarios, where users game giveaways by interacting with a protocol using tens or even hundreds of Web3 wallets. As a result, using Ethereum-based projects is often more likely to lead to an airdrop.

A case in point for this is LooksRare, a new NFT marketplace that airdropped tokens to OpenSea users last month. For the airdrop, the LooksRare team only included OpenSea addresses that had traded at least 3 ETH on OpenSea’s Ethereum application. OpenSea users on Polygon, meanwhile, did not make the cut.

To use Ethereum and become eligible for airdrops on the network, users need to acquire ETH. It’s important to be aware of the high gas costs on the network—making transactions when there is less traffic can reduce costs.

Get to Grips With NFTs

Minting, buying, and holding NFTs is another top strategy to get in on airdrops. Many crypto enthusiasts have speculated that NFT collections may launch governance tokens in the future. Bored Ape Yacht Club, for example, has already confirmed its plans to launch a token.

Holding the right NFT can also entitle holders to new NFTs. Bored Ape Yacht Club airdropped Bored Ape Kennel Club NFTs and Mutant Serums to Bored Ape holders, while other collections like Cool Cats and Damien Hirst’s The Currency have also given away new NFTs to holders to keep their communities engaged.

Becoming active in the NFT space and identifying projects with strong communities is one of the best ways to qualify for airdrops, both in the form of governance tokens and new NFTs.

For users looking to qualify for airdrops just from holding and staking tokens, the Cosmos ecosystem may be one of the best places to start. On Cosmos, many projects distribute tokens to ATOM stakers.

Cosmos is a Layer 0 blockchain interoperability protocol that connects various Layer 1 chains through a central gateway. One feature that makes Cosmos distinct from other blockchains is the concept of “stakedrops,” which refers to airdrops given for staking tokens on the network.

Many ATOM stakers have received airdrops from projects building on the network over the last few months.

Besides ATOM, many crypto users have received airdrops from staking the tokens for other Cosmos-based networks like Terra (LUNA) and Osmosis (OSMO). While Cosmos stakedrops are rarely as lucrative as those on Ethereum, the eligibility criteria is simpler.

Every token airdrop differs in its eligibility criteria, which brings a degree of uncertainty to the equation. Even active users are often excluded from the final list of eligible addresses. Rumored airdrops are also often highly speculative.

Some protocols may use different distribution methods other than airdrops to launch tokens. Rather than free giveaways, crypto startups often raise capital through private token sales and list the token directly on the exchange. Many go with liquidity mining campaigns to distribute their assets as an incentive for supplying assets in liquidity pools.

It’s also important to note that there are many risks associated with airdrops. Hackers may use phishing scams to lure users to connect their wallet to a fake airdrop website and trick them into agreeing to let a smart contract spend their assets. This is a popular method for draining assets from wallets.

Furthermore, some airdropped tokens have little to no value on trading markets, so it may not even be worth claiming them after factoring transaction costs. It’s always worth calculating the value of a token airdrop to ensure it’s higher than the fee to claim it.

Seeking every rumored airdrop is likely to lead to disappointment as not every rumor will materialize into a token giveaway. Moreover, tokens given away with no qualifying criteria rarely accrue significant value.

Hunting for token airdrops takes effort. However, for those who are willing to put in the work and experiment across the crypto ecosystem, the rewards can be substantial.

Disclosure: At the time of writing, the author of this piece owns ETH and SOL. None of the information presented above is intended as investment advise.

Those who test out new protocols can often be handsomely rewarded. DeFi Airdrops in 2021 To say 2021 was a good year for airdrops would be something of an understatement. …

Every Major Ethereum Token Airdropped in 2021 Is Down Over 50%

Ethereum saw several big token airdrops in 2021. Despite the initial hype surrounding the most anticipated airdrops of the year, most of the tokens are down 50% or more.  Ethereum…

Beginner’s Guide: How to Safeguard Your NFT Collection Against H…

Crypto Briefing shares a list of operational security best practices for safeguarding your NFTs.  Security Tips For NFT Collectors In 2021, NFTs exploded into the mainstream. The market for non-fungible…

A Guide to Yield Farming, Staking, and Liquidity Mining

Yield farming is arguably the most popular way to earn a return on crypto assets. Essentially, you can earn passive income by depositing crypto into a liquidity pool. You can think of these liquidity…