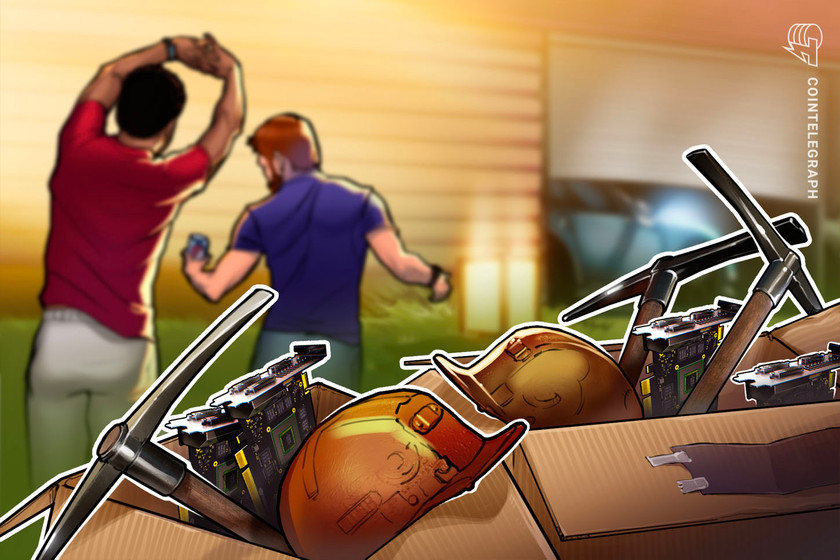 With Winter Storm Landon expected to hit parts of Texas this week, major crypto mining firms are powering down in anticipation of high demands on the state’s power grid.

Speaking to Cointelegraph on Wednesday, Riot Blockchain’s communications director Trystine Payfer said that the company’s data center in Rockdale already had “99% of [its] power currently shut off” since beginning curtailments on Tuesday, with demands on the grid expected to peak on Thursday night. In addition, Bitcoin (BTC) mining firms with representation in the Texas Blockchain Council sent a letter to Texas Governor Greg Abbott informing him they planned to shut down or reduce operations in response to ERCOT’s needs.

“As Texans, we want you to know that we are actively monitoring the incoming cold front, as we would any seasonal weather event,” said Texas Blockchain Council vice president Reed Clay in the letter to Abbott shared with Cointelegraph. “Likewise, we are taking proactive measures to shut down operations, shed load and create additional capacity in response to ERCOT’s needs should it be necessary.”

I urge all Texans to closely monitor weather conditions & heed guidance from local & state officials over the next few days.https://t.co/KMmmdSbIdB

According to Payfer, major Texas-based miners use an estimated1 gigawatt for operations under normal conditions, permissible with the state’s power grid. According to ERCOT’s website, Texans are using 35,016 megawatts, or MW, at the time of publication, with the firm stating there is “enough power for current demand.” However, ERCOT’s forecast shows this demand could increase more than ​​42% in the next 24 hours, peaking at 49,786 MW when temperatures drop to their lowest: roughly -8 C in Dallas.

“Just as important as the positive market signals we send to generators is our unique ability to immediately shed load when ERCOT demands it. This sort of demand response has and should continue to be a powerful tool in any grid management strategy.”

In 2021, millions of Texans experienced days without power as a once-in-a-decade winter storm not only increased demand on the grid operated by the Electric Reliability Council of Texas, or ERCOT, but shut down many power plants, froze generators and otherwise disrupted the flow of electricity to many residents needing heat. Despite many crypto mining operations calling Texas home, some experts posited that operations in the state were unlikely to have contributed to the power outages.

“I don’t know if it’ll be worse than last year,” said Payfer. “I think we’re either looking at similar or a little bit less judging by what has been communicated to us from ERCOT.”

In the last year, many regulators and crypto advocates in Texas have endeavored to sell the state as a fresh start for firms looking for new offices and headquarters. In March 2021, Governor Abbott described himself as a “crypto law proposal supporter,” seemingly encouraging mining firms to set up shop in the state. Lawmakers also passed legislation recognizing cryptocurrencies under Texas commercial law and setting up a blockchain working group.