‘Comedic rapper’ charged over Bitfinex hack laundering out on bail 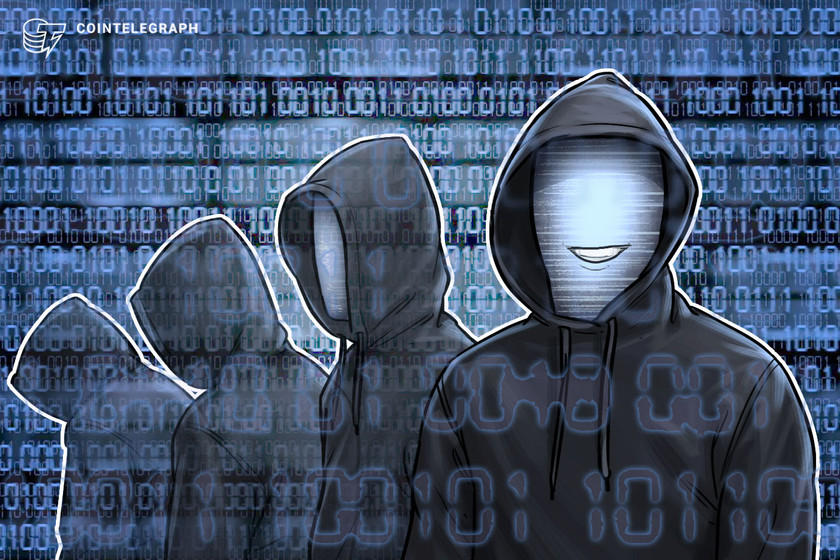 But her LinkedIn bio doesn’t mention anything about her alleged capability to help launder hacked cryptocurrency.

Yesterday morning, FBI agents arrested Morgan — or was it her rapper alter-ego Razzlekhan?— and her husband Ilya Lichtenstein for allegedly conspiring to launder crypto connected to the 2016 Bitfinex hack that saw 119,756 Bitcoin (BTC) drained from the crypto exchange.

The pair have strongly proclaimed their innocence during a New York court appearance on Tuesday and were released on multi-million dollar bonds.

The 119,756 BTC stolen from Bitfinex was worth $72 million in Aug 2016, but is now valued at more than $5.1 billion. Since the 2016 hack, individuals connected to the stolen coins have periodically moved small amounts of BTC in separate transactions, leaving the bulk of the funds untouched.

The DoJ reported that it had traced 25,000 BTC of these transferred funds to financial accounts controlled by Lichtenstein and Morgan. Special agents were then able to gain access to and seize more than 94,000 BTC — worth $3.6 billion at the time — from Morgan and Lichtenstein after a search warrant allowed them to view files containing private keys to the wallet.

According to the DoJ complaint the pair are charged with laundering conspiracy and conspiracy to defraud the United States, however they are not charged with carrying out the hack itself. The first charge can be punished by up to 20 years in jail and the second by 5 years.

While Lichtenstein appears to be your run-of-the-mill tech entrepreneur, Morgan has a prolific presence on social media where you can find TikToks showcasing art pieces inspired by her Synesthesia, and her “WEIRD AF” music videos.

Heather Morgan, an individual alleged of laundering $4,500,000,000 in Bitcoin cryptocurrency, frequently uploaded videos of herself onto TikTok under the username “realrazzlekhan”. She raps, “following rules is for fools, instead I work the edge case with my tools” pic.twitter.com/bHbsf9QPGf

And you don’t want to miss those – they include gems like “I’m the grandmother you want to bang” Morgan, who is in her early thirties, raps this while sitting in a bathtub full of glitter during her song “Versace Bedouin.” The question is, how does one go from being a rapper to the focus of an FBI hacking investigation?

According to her LinkedIn, she started her career working as an economist in Asia and the Middle East, including post-revolutionary Egypt following the Arab Spring.

Heather Morgan’s trash fire of a public LinkedIn page not only includes this deranged outfit choice but, “While traveling abroad, her favorite past times include haggling in informal markets and feeding crocodiles.” https://t.co/2ptack1FsK pic.twitter.com/Rkfq1Y2Zsw

When she returned to California and eventually moved to Silicon Valley, she “became immersed in the tech startup scene. In 2009, she founded a B2B company called SalesFolk, which specializes in cold emails.

Although she didn’t get started with her rapping career until 2018, she was clearly practicing her lines for some time. The company’s slogan “be a goat, not a sheep!” has just the right balance of absurdity and cryptic philosophical reference that it’s a wonder it didn’t come straight from one of her tracks.

Amazingly, Heather Morgan gave a talk at NYC Salon (an event I used to run with @ruthienachmany) in 2019

Related: DoJ seizes $3.6B in crypto and arrests two in connection with 2016 Bitfinex hack

Meanwhile, she was also racking up some bylines on business and tech publications, like her Dec 2017 article “Should your company worry about getting blacklisted” and her seemingly well-informed June 2020 piece “Experts Share Tips To Protect Your Business From Cybercriminals,” both of which were published on Forbes. She also has a lengthy author profile for Inc Magazine.