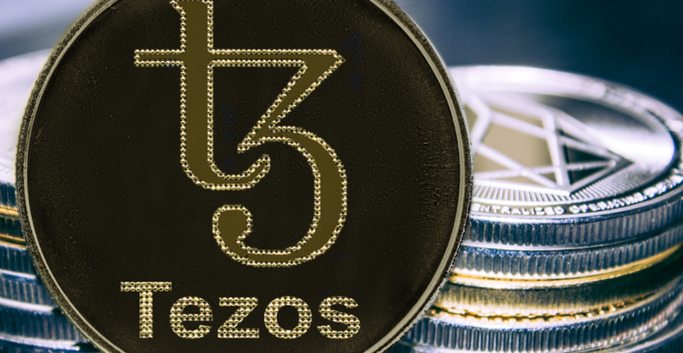 Tezos (XTZ) is starting to put the choppy days of January well behind it. The coin has been surging over the last seven days despite a somewhat slowed recovery in the broader market. Tezos (XTZ) also announced today that it is signing a new sponsorship deal with Manchester United. Here are some highlights:

The coin has also surged in the past week, gaining a whopping 32% in the process. 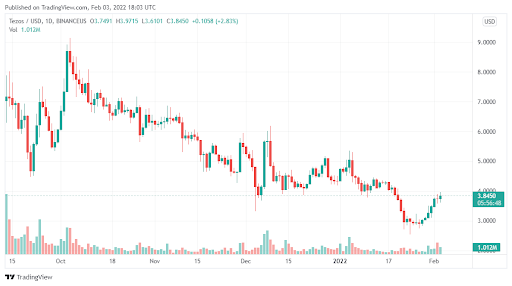 Most coins did not have a good January and a fresh new month of course brings fresh optimism. Well, it seems like Tezos (XTZ) is really taking advantage of improved sentiment in the market.

The token has been on a massive bullish uptrend over the last 7 days gaining nearly 32%. Tezos (XTZ) is also seeing decent gains in intraday trading. The coin is up around 4%.

We have also seen an uptick of the trading volume. It’s unclear if the Manchester United deal had anything to do with this. But it is highly unlikely since the news just broke a few hours ago.

As a major smart contracts platform designed to offer an alternative to Ethereum, Tezos (XTZ) has worked quite hard to build its ecosystem. The chain has also created advanced and reliable blockchain infrastructure as it looks to evolve into an efficient and dependable project.

It is by far one of the most exciting tokens out there. Besides, the sponsorship deal with Manchester United is an indication that the platform is sparing no effort in expanding its reach. So, based on these fundamentals, Tezos (XTZ) will continue to grow in the long term.