LINE to Offer BTC, ETH for Payment Options and Introduce token in March 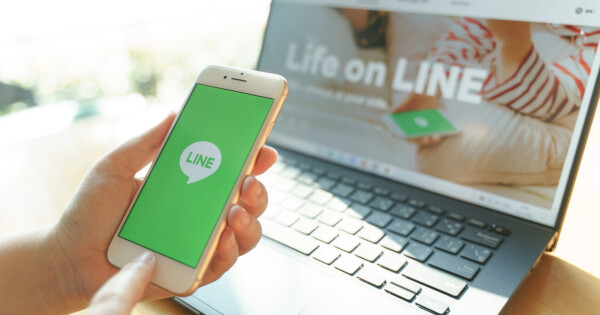 Per its announcement, users can use “the LINK at some LINE Pay online merchants during a trial period from March to December 2022 in Japan.”

Although users can choose both LN for payment on the Line pay software, the token and Chainlink (LINK) are two different cryptocurrencies.

The LN was officially launched in 2018 based on its own blockchain network, LINE Blockchain. Users can pay commissions through LINK or LINE Pay accounts or bank accounts when trading crypto assets.

In August 2020, LINE launched a new blockchain digital wallet that can be used to manage various crypto assets.

The digital wallet, dubbed BITMAX, can be used to combine digital tokens coming from different blockchain services into a single wallet.

The company said it will connect the link token to LINE Pay as a payment solution, test the token’s in reality, and increase the convenience and number of payment options for users.

LINE Pay Corporation is the operator of FinTech services for the LINE Pay digital wallet and LINE messaging app.

As reported by Blockchain.News on October 20,  LINE was developing a platform to aid Asian central banks in their pursuit of central bank digital currencies (CBDC).