At the opening ceremony of the 2022 Winter Olympics in Beijing, the number of transactions using the digital yuan greatly exceeded Visa, according to a Wall Street Journal reported on Wednesday. 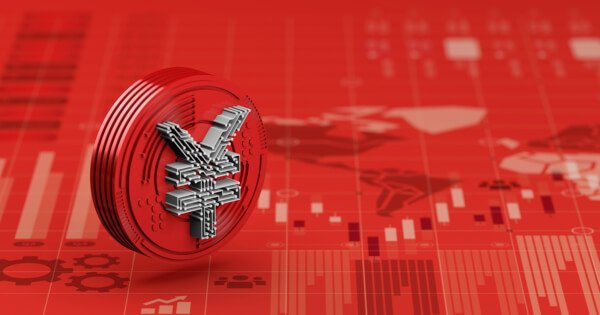 At the time of the Beijing Winter Olympics, the Olympic Village, athletes and tourists can use cash, Visa cards or digital yuan for transactions.

Many businesses that support digital renminbi are outside the isolation circle, and there are also many self-service machines on-site at the Winter Olympics that allow people to exchange fiat currency for digital renminbi, thereby reducing human-to-human contact and effectively controlling the spread of COVID-19.

“Replacing cash with digital yuan for payment can effectively reduce direct contact between people and the risk of the spread of Covid-19.”

Although in China, dominant mobile payment platforms, Alipay and WeChat Pay, have become widely accepted payment methods by the public.

Relevant personnel indicated that the digital yuan or DCEP may be catastrophic for dominant mobile payment platforms, the “stickiness” of those platforms and their wide-ranging lifestyle offerings as the reason they might endure despite the advantages of a government-backed digital currency.

But due to the exclusive agreement with visas at the Winter Olympics, the Olympic Village, athletes and tourists can only use cash, Visa cards or digital yuan for transactions.

The usage of the digital yuan raised scepticism to the U.S., Senator Pat Toomey, a senior member of the U.S. Senate Banking Committee, requested the U.S. administration to closely examine the Chinese digital yuan’s rollout during Beijing Winter Olympics.

As reported by blockchain.News on January 19, China’s CBDC is growing at a fast pace as data released official from the PBOC financial markets department revealed the new legal tender has inked a total of 87.57 billion yuan ($13.68 billion) in transactions since public trials began.