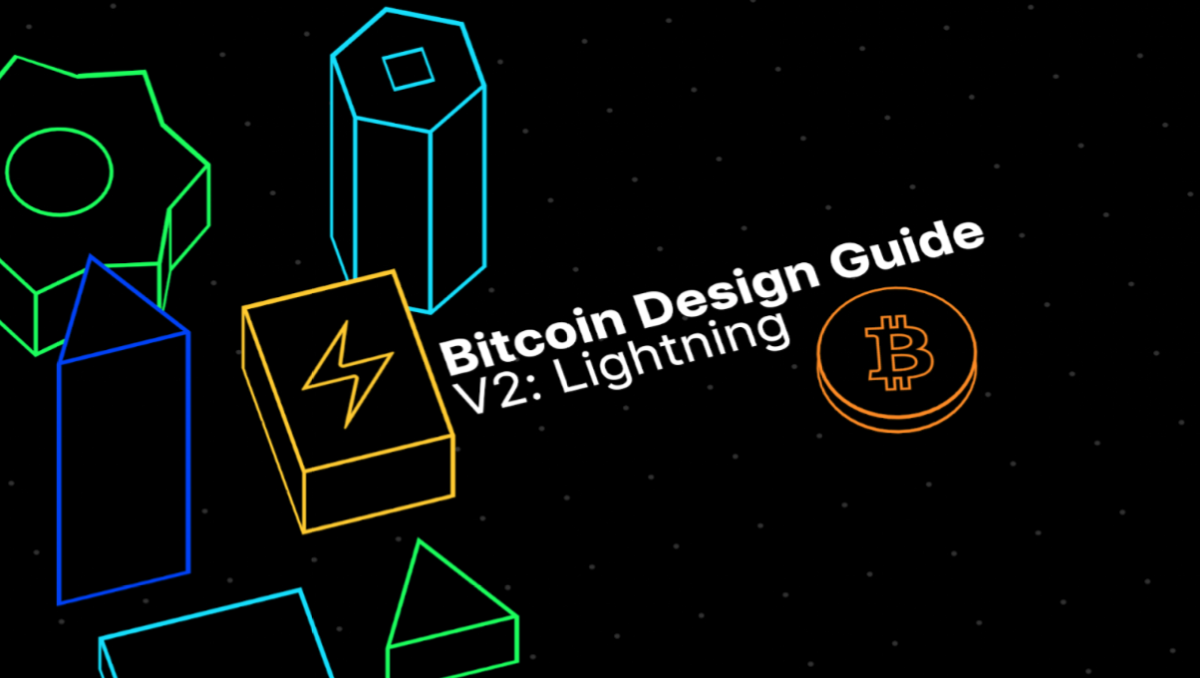 The Bitcoin Design Community launched the second version of the Bitcoin Design Guide, an open resource aimed at helping product designers and developers build more user-focused Bitcoin applications, according to a statement sent to Bitcoin Magazine.

Now, the second version spins the guide’s focus onto the Lightning Network, Bitcoin’s layer-2 scaling solution for faster and cheaper payments, in an attempt to help developers and designers build mobile-first, non-custodial lightning wallets with the best possible user experience in mind.

“Today, Lightning is advanced. However, most users may begin their bitcoin journey with a Lightning wallet in the future,” the statement said. “Lightning will cater to this majority with faster settlement speed, lower fees, and more user-friendly payment formats than on-chain. Version 2 of the Guide focuses on building these types of non-custodial Lightning products that people will come to rely on in the future.”

The Bitcoin Design Community, an open group of over 2,400 product designers, developers, and creatives that started as a Spiral initiative in the summer of 2020 to solve bitcoin design challenges, will host a Twitter space on Wednesday to discuss the launch of the Bitcoin Design Guide’s new version.

Version 2 isn’t the guide’s last iteration, as the Design Community is expected to continue to both maintain and update it, according to the statement. However, future updates will most likely be smaller, more focused revisions that improve specific areas. They may include improvements in product focus sections, better navigation in the guide’s structure, and greater accessibility for bitcoin wallets to cater to a broader set of users, the statement said.

The Design Community is always open to new contributors who want to help improve the Bitcoin user experience. Those interested in helping with the project can learn more about how to get involved on the Bitcoin Design website.